Mingle with the Locals

Come and experience the cultures of different tribes in Tanzania!

We believe the cultural diversity of Tanzania is one of its greatest strengths. By meeting and understanding people whose views and values are very different from your own, you acquire new insights and perspectives that change your attitudes towards them, towards yourself and towards the entire world.

You may travel to Africa to learn more about her wildlife, but through her people, you will learn more about yourself. This may well be a most valuable and lasting aspect of your safari of the tribal people of Tanzania.

There are more than 120 different ethnic groups in Tanzania that have migrated over many centuries: pastoralist Nilotic from the Sudan, nomadic, cattle-herding Cushites from Ethiopia, hunter-gatherer Khoisan from the Kalahari, agriculturalist metal-working Bantu from West Africa, and Arabian, Indian and Anglo immigrants.

All these groups displaced, conquered or assimilated each other over thousands of years to form the present Tanzanian population. Each of these groups had differentiated traditional religions, social practices, rituals, customs, art, music and dance.

The tribal communities of Tanzania wish to preserve and protect its individual identity and to pass on to its children the values that have preserved it throughout generations. Many levels of experience are available on a cultural tour of Africa, in many different communities, from visiting carefully restored historical sites and settlements to staying in venues designed to represent tribal and colonial fantasies, or spending time on real-time projects where ethnic skills and crafts are recycled in the context of our shared, everyday world. 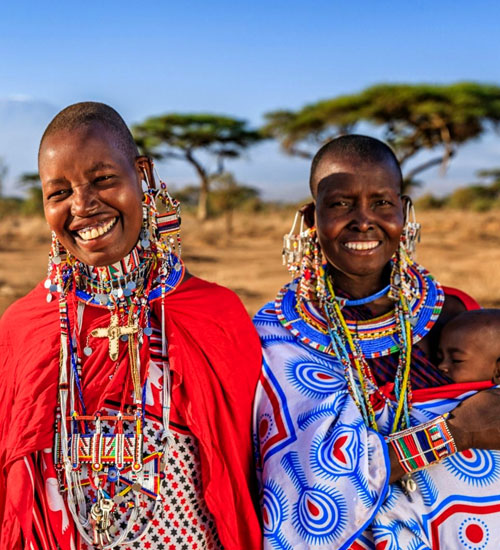 According to oral history, the Maasai people are a fusion of North Africans and Nilotic tribe originating from the northern part of Turkana lake in Kenya, which they left in the 15th century, then moving south and into present day Tanzania over 200 years ago, when they displaced other tribes in order to claim rich pastureland for their cattle.

A race in which warriors were the highest class and their religion claimed all cattle as theirs by gift of God, they righteously annexed all the cows they encountered. A proud, charming, friendly and intelligent community, there are now a million Maasai living in the homelands of Tanzania and Kenya.

Much of their tribal land has been absorbed into the National Parks in return for promises of cultural security and community well being in surrounding reserves which have not always been kept.

In accommodating the inevitable, some have embraced the Tanzanian tourist industry, becoming the guides, guards, staff and management of many of the new Eco-tourist centers and cooperating in the conservation of the wildlife that attract their clientele 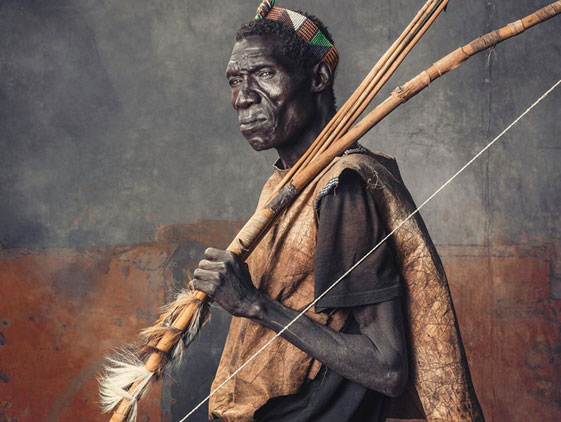 The Hadzabe are the original Tanzanian Bushmen with a Khoisan language of clicks. These primitive hunter-gatherers lived in valley caves of Lake Eyasi in harmony with nature for over 10,000 years. There are now just less than 1000 of them left.

The advent of the neighboring Datoga tribe and the development of national government together with climate change, tourism and commercial hunting, has resulted in the gradual destruction of their environment and their way of life, but their isolation has protected them from many modern diseases.

They usually get sick with malaria and yellow fever from mosquitoes or sleeping sickness from tsetse fly. They are a pride but also an embarrassment to a modern nation for its failure to progressively uplift the declining community from extinction, but out of respect for their chosen way of life, they are now the only people permitted to hunt with bows and arrows in the Lake Eyasi area. 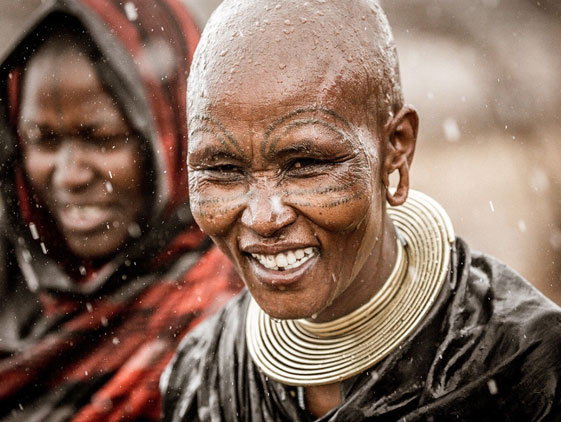 Like the Maasai, the Datoga were nomadic cattle herders but are now subsistence farmers, growing beans, maize and millet to augment their sheep, goats, cows and chickens rearing. Consequently, they are dependent on permanent water sources and are adversely affected by increasing drought. A Nilotic people, like the Maasai, their patched leather tunics blend with the landscape. They wear collars and bracelets of beads and brass and tattoo circles around their eyes. They are polygamous, ruled by a council of elders, and are aggressive, adversely affecting Hadzabe and Iraqw neighbors, and sometimes refuse to cooperate fully with the government. Their attitude deters sympathy for their plight. They live in mud huts in stockaded cattle enclosures.

All parts of their animals are used, and they grow and kill only what they need, being reluctant to trade. Yet, like the Maasai, despite their fierce warrior reputation, they are paradoxically friendly, welcoming and happy to share their cultural traditions with guests on an East African safari. They look down on the Hadzabe, often preventing Hadza women from taking water at waterholes until the Datoga cattle have finished drinking. 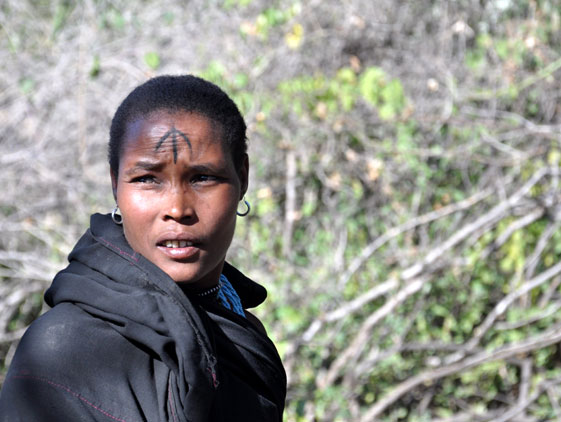 The Iraqw migrated to Tanzania from Mesopotamia, via Palestine and Egypt, Ethiopia and Kenya.

As they moved, they adapted to many different circumstances, finally being driven by the Datoga from northern Tanzania but still harassed by the Maasai as a result of which they resorted to living underground with their remaining herds.

The Iraqw are a statuesque, immobile people, private and traditionalist, but they have also largely lost their songs and ceremonies.

Cultural identity depends on reclaiming their music, dance and arts, and rebuilding their self-respect as valuable contributors to a multi-ethnic, multi-national cosmopolitan society in Tanzania.